Two weeks ago I orally defended for my Doctor of Ministry at Gordon-Conwell Theological Seminary! I am thankful to say that the several-year journey is complete, and want to thank so many of you who have been supportive through the process, cheered me on, and shown interest in the work. 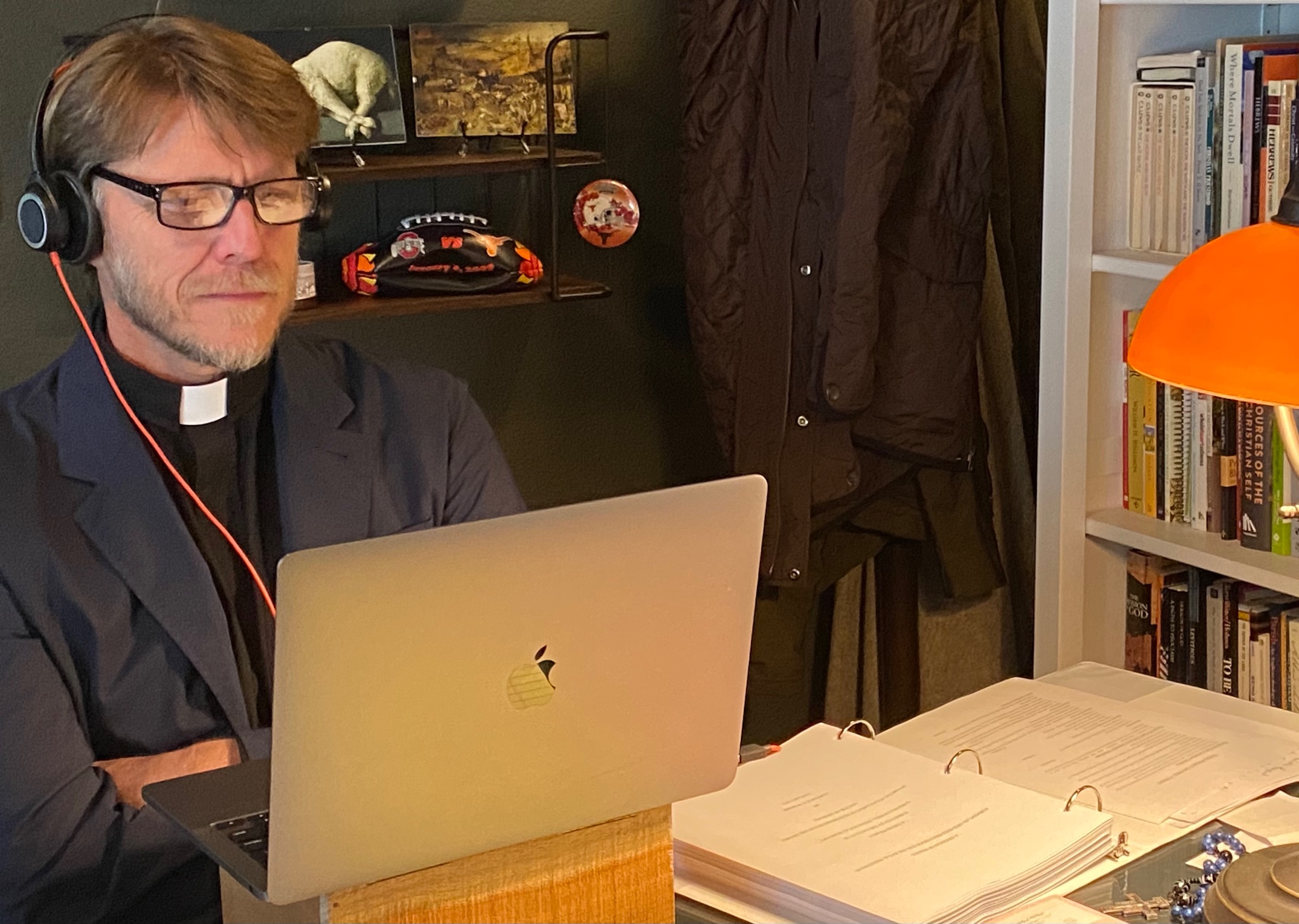 The title is “A Kingdom of Priests: Forming an Ordained Priesthood for the Royal Priesthood.” While it began as a project focused on the formation of new priests-pastors for the Anglican church, my interests turned as much (maybe more) to the rich and powerful biblical meaning of the priesthood for all believers. Almost every believer can describe “Shepherd” language from scripture, but how many of us have steeped in this ubiquitous “Priest” biblical imagery? Priesthood is at the heart of our original human vocation, in the garden of Eden, as well as in the new creation, and everything in between. Just as ordained clergy are priests to the church, the church is priest to the world.

As I took some younger clergy through the formative process I found myself not only drawing from the riches of scripture, but also my past fifteen years among you, the particular people of God where I have served and been served. The stories I tell, the moments that shaped my imagination, the ups and downs, mistakes and triumphs, and Christ Church’s quotidian faithfulness have provided much of the soil that made the fruit of this project possible.

I owe much of my understanding of both the ordained and royal priesthood to you, and I am grateful to various staff and Vestries over the years who have supported me to spend some time on this project. Just as my work comes out of the soil of the church, as well as the streets in my years alongside the urban poor, my hope is that it likewise bears fruit for both the church and the streets. Christ Church, you are “a royal priesthood, a holy nation,” beloved of God, for whom I too have great affection.

Speaking of priests, Sarah Smith has served at Christ Church for the past ten years as a lay leader, deacon, and will be ordained as priest on Sept. 15, 7pm @ Christ Church. Come join us for the ordination service to celebrate with her!

With much affection and gratitude,

P.S. Save the date for our Parish Retreat October 29-31 at Highland Lakes. Registration will open next week!